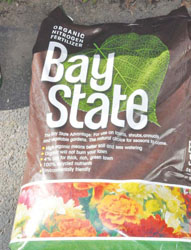 An initiative the Advisory Board has been working on for the last few years has finally come to fruition! In May 2014, the Advisory Board recommended that the MWRA take any and all actions needed to raise the MassDEP limits on the amount of molybdenum allowed in sludge pellets for land use application. Our key argument was bolstered by the old adage “a picture is worth a thousand words,” in which we demonstrated how MassDEP’s limits were far below EPA’s current national limits as well as those set by New York state and based upon scientific research conducted at Cornell University.

Out of that recommendation came conversations and meetings with other stakeholders to better understand the existing limits and impacts of raising limits in the Commonwealth. The Advisory Board, MWRA, North East Biosolids & Residuals Association (NEBRA) and other interested parties participated in the MassDEP public process to amend the regulations.

Today, the Advisory Board is pleased to announce that the hard work and dedication of the many stakeholders and supporters of this initiative has paid off! The MassDEP regulations have officially been changed to match the New York limits at 40 mg/kg for land use application.

This will give the MWRA the ability to sell its pellets in-state all throughout the year. The previous limits forced several months worth of pellets to be shipped out of state each year, and made it an impractical source of fertilizer for local Massachusetts farms. This change in regulations is a win-win-win by being good:

Great thanks to the MWRA, NEBRA, MassDEP, and all others who helped secure this change to MassDEP regulations.