Thank You for Your Service – In Appreciation of Walter Woods 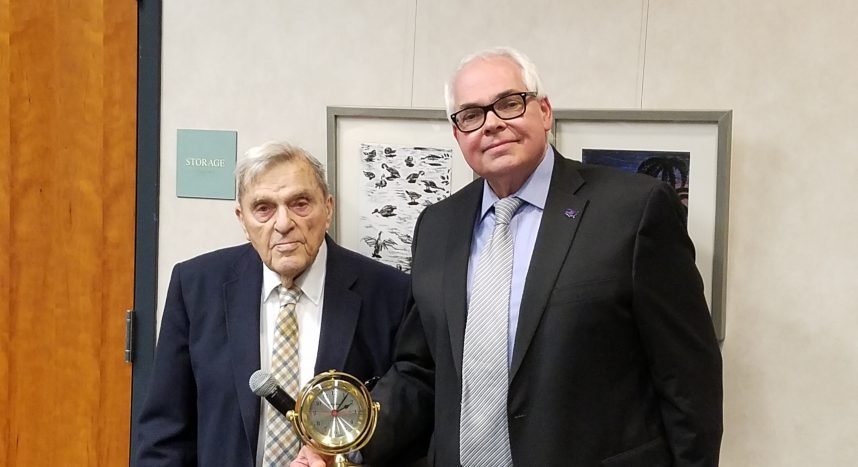 In fact, before day one, he served on the pre-Advisory Board Formation Committee to develop our by-laws, hire staff, and help with other endeavors. Over the next 32 years, Walter served as a member of our Executive Committee, holding at times the offices of Secretary, Chairman of Operations, and Chair of the Advisory Board.

While already impressive, this represents only a fraction of Walter’s career. He is an engineering graduate of MIT, worked as a structural engineer at NASA, designed jet fighters for Republic Aircraft, and served as Chief Mechanical and Engineering Officer for the MBTA. Furthermore, he was elected to the Wellesley Board of Public Works and served over 15 years, including four as Chairman.

In his “spare” time, Walter makes wine. Not only is this wine delicious, but it has also been awarded gold medals in numerous competitions. He is an avid gardener, and many have benefited from his expert tips.

AB Chairman Lou Taverna noted, “Walter has served with distinction and diligence. Our successes today are routed in the commitment of members such as Walter. He is irreplaceable.”

Thank you, Walter, for all that you have contributed.